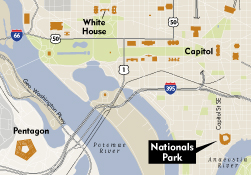 A must-have for any local newspaper or regional magazine for a myriad of uses, including planned construction, road closings, real-estate prices by zip code or crime plotting. 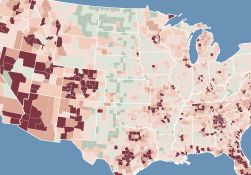 An essential design element for election coverage or presentation of census data, these products are also useful when displaying trends on a regional or national landscape. 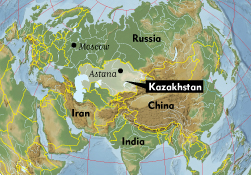 When reporting on conflicts in places like Kazakhstan, Georgia or Chechnya, it helps out your story when readers can actually see where these places are in relation to other world developments.

They say that a picture is worth a thousand words. When it comes to an accurately displayed map, that may be an understatement. One of the biggest impacts the digital era made has come in the world of cartography. Engineers can plot points by computer model. In the case of naturally made objects - they can use radar or simply walk the boundary of a land mass. This record is now known as Geographic Information System data.

The GIS data has made a significant contribution to the art of cartography. Before the advent of GIS, map-making was an inexact science. Only specially trained cartographers knew the importance of projections and distance as it relates to an accurate display of information.

A map is perhaps the most useful tool in displaying quantitative data. It is immediately understood by anyone regardless of their background. A graphics professional who understands the subtleties of accurate maps can easily translate that attention to detail into other visual projects.

Michael Keegan, Newsroom Art Director at The Washington Post, said “If I had only one hire for an art department, it would be a cartographer.”

The need for accurate maps is clear at a newspaper, since it produces many on a daily basis. But even corporations and small businesses can benefit from them, since a quality map can give even the mundane report some class and pop. It may provide the biggest bang for your buck.